Ramadan – more than praying and fasting 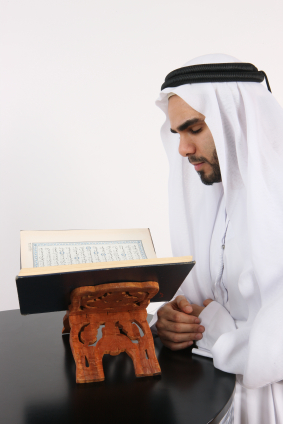 The fasting month of Ramadan is one of the five pillars of Islam. Millions of people around the world celebrate it in the period from July 20th to August 18th, 2012. In the month of renunciation, of charity, and good deeds, business canvassers should show special respect for the Muslim culture – tips for Muslims and non-Muslims.
Ramadan is the ninth month of the Islamic moon calendar and also the Islamic month of fasting. This means that around 1.5 billion Muslims around the world pursue the Islamic obligation "as-hem" between the 20th of July and the 18th of August, which means fasting from dawn to dusk. Believers are not allowed to consume any food (eating and drinking) and have to give up any other “luxury” foods and sexual intercourse.
Breaking the fast with dates and water
After sunset, Muslims usually break the fasting through the consumption of a date and a sip of water or juice. Often families and friends come together and enjoy the food and drinks in company. "Foreign visitors in Muslim countries should avoid the consumption of food and drink in public during Ramadan – this shows respect for the faithful," advises Bassam Elemam, a native Egyptian, and intercultural consultant for ICUnet.AG.
In particular, the fasting month is a spiritual time for God and to get even closer to him. Muslims go to the mosque more frequently and keep to the times of prayer, so that the day develops a different type of rhythm. The business canvasser should demonstrate respect and tolerance as well as allow necessary space.
Fasting during the summer is becoming a physical and mental challenge
Since the month of fasting depends on the Arabic moon calendar, the celebration takes place each year ten or eleven days prior to the date of the previous celebration and thus passes through all seasons. Especially in the summer months, when the temperature in Arab countries rises during the day up to over 40 ° C, the complete absence of food and fluid has a huge impact on the psyche of the fasting person.
After a month of fasting, three days of celebration and enjoyment
The end of lent marks the three-day fast breaking (Arabic: Eid-ul Fitr) celebration (19th to the 21st of August 2012) in Turkey known as the sugar festival, which is after the Feast of Sacrifice, the highest Islamic holiday. The morning prayers in the mosque are usually followed by a visit to the cemetery to commemorate deceased relatives and friends. This is followed by a lunch and a get-together with the family in the festively decorated houses. "Being invited by devout Muslims to the fast breaking is a special occasion which should not be missed" recommends Elemam.
Incidentally, it is quite common – similar to Christmas – to send warm greetings or congratulations to fasting Muslims. E-mails or postcards with the words "Happy Ramadan" is a nice gesture and can promote sustainable business.
Competence center Arab World: as a successful and experienced expert in the Arab world
Bassam Elemam works as a consultant at ICUnet.AG and leads the intercultural competence center, Arab World. The native Egyptian studied economics at Cairo University and has lived in Germany since 2003. He collected intercultural work experience during his years abroad, where he worked in various industries. Most recently he served as a general manager of a midsize company in Egypt.
Bassam Elemam speaks Arabic, English, German and has basic knowledge of French. More information on intercultural training, you will find here.